The primary goal of social entrepreneurship is promoting the course of environmental or social goals. These have impacts on either the times to come or the present. These entrepreneurs are often associated with or a part of some non-profit organizations. Even though one of the concepts of this aspect is profit-making, it is not the sole purpose of social organizations.

What is Social Entrepreneurship?

A common and general business entrepreneurship involves leading the journey of opening new businesses or diversifying the current ones. On the contrary, the primary focus of social entrepreneurship is the creation of social capital without measuring the return in monetary terms or performance in profit.

Entrepreneurs under this category are linked to non-profit organizations and sectors. However, this doesn’t do away with the need to make profits. As you know, all entrepreneurs need capital and have positive effects on society.

Apart from the social challenges, social entrepreneurship in India also focuses on environmental problems. Examples of these social ventures include women empowerment foundations, plants that treat waste products, and Children Rights Foundations. Social entrepreneurs could be those people who are linked with non-government or non-profit organizations that use community activities and events to raise funds.

The History and Scope of Social Entrepreneurs

Andrew Mawson did extensive work on this concept of social entrepreneurship. He extended the same to bring about remarkable reforms in the structure of the community. He is the personality who set the foundation of the great Bow Center in Easter London. Because of this, Mawson was conferred upon the Lord Mawson honor and he works toward developing partnerships for regenerating the work that was initiated by him.

The term social entrepreneurship is relatively new. Most people began to appreciate it just a few decades ago. However, we can trace its utilization throughout human history. There are so many entrepreneurs in history who formed social enterprises for eliminating social problems and bringing change to society.

Examples of these individuals include Vinoba Bhave who founded the Land Gift Movement in India. The second one is Florence Nightingale who founded the nursing school and developed modern nursing practices. The other personality on this list is Robert Owen who is the founder of the corporative movement. All these organizations and foundations were established in the 19th century before the use of the social entrepreneurship concept in management.

So many entrepreneurs in the 19th and 20th centuries made efforts of eradicating social evils in society. in addition to this, we have so many organizations and societies that deal with treating waste products, saving trees, saving the environment, women empowerment, and children’s rights. In addition to addressing social issues, these social entrepreneurs also recognize and address the financial issues for the urban and rural poor and address the prevailing environmental challenges.

Social Entrepreneurship in the Modern World

Nowadays, the social entrepreneurship concept has been widely applied in different forms. A perfect example is Yunus, Ashoka who established the Grameen Bank. The others are Bill Drayton for the Innovators for the public, Youth United by Jyotindra Nath, Ramakrishna and Smita Ram with Rand De, Roozi.com by Nicl Reder, SKS Microfinance Vikram Akula, Norma La Rosa, and Brent Freeman has popularized this term.

Most of the big companies and brands are now adopting this concept. These entities are using social entrepreneurship to address current issues in society. Examples include educating women on family planning, opening schools in neglected areas, giving poor people and farmers the opportunity of accessing cheap loans, establishing waste treatment plants, going green, and planting trees.

Examples of Social Entrepreneurship Around the World

This is the manager and founder of Grameen Bank. He is a contemporary social entrepreneur who received the Nobel Peace Prize in 2006 for his venture. His venture has been growing exponentially and benefiting so many people in society.

This is also a perfect example of non-profit social enterprises. Smita Ram and Ramakrishna established it in 2008. It is an online platform that gives the poor urban and rural people in India access to low-interest micro-credit that are as low as 2 percent per annum. Financial institutions within the country can lend out money to borrowers directly on this platform, receive regular online payments, and track investments.

This social enterprise also has national recognition. It is a Women Empowerment Program that creates awareness among women by giving them vocational training, education, savings planning, business development, and cooperative farming. It employs social entrepreneurship principles to address social problems and bring up a positive change in society.

There are so many organizations that are considered to be positive changes in contemporary society. The social entrepreneurship field is growing rapidly and it continues to attract the attention of so many volunteers. The term is now very common on most university campuses. There is an increase in popularity because it helps people to do what they have been thinking about for a long time. The concept allows extraordinary people to put their brilliant ideas and change society against all the odds.

The gig economy is scaling to higher heights social startups in India. We have so many young entrepreneurs and innovative startups that are changing the rules of how people do business. These are young achievers who dream to achieve big in life. They also nurture their passion in order to eradicate the social inequalities that grip the country.

India is one of the countries that are in high demand for Sociopreneurs. These people should develop unconventional business models that can address the prevailing social and environmental issues.

It is a challenging thing to be an entrepreneur. Addressing a social course through entrepreneurship will undoubtedly make the journey more difficult. The mission of social enterprises in India is to generate business for social causes. These experts implement low-cost business solutions for social-causes while still address the shortage of resources, manpower, funds, and many more.

Urvashi Sahni definitely tops the list of the best social entrepreneurs in India. She is the CEO and founder of Study Hall Education Foundation (SHEF). The primary calling of this organization is to give the most disadvantaged girls in India access to education.

She has worked with over 900 schools and changes the lives of more than 150,000 girls directly and over 270,000 gurls indirectly through her program. In 2017, Urvashi Sahni was felicitated with the great “Social Entrepreneur of the Year” award due to her selfless actions of passion and dedication. She is a perfect example of social entrepreneurship in India.

The other pioneer of social entrepreneurship in India is Harish Hande with his remarkable commitment. Harish is the founder and CEO of Selco which is a company that offers sustainable energy sources to rural regions in our country. The project was the very first solar funding program in India. To date, Selco has made over 120,000 installations and has over 25 operational retail and service centers in the Karnataka region alone.

You cannot leave Jeroo Billmoria out of the list of renowned social entrepreneurs in India. He is currently supervising so many international NGO’s to make society better. She launched the Childline that provides support in terms of police assistance and healthcare, especially for the street children.

From her childhood, Jeroo had the vision of giving back to the less privileged members of society. Jeroo also believes in the self-empowerment of Indian women. She was crowned with the Skoll Award of social entrepreneurship and is also a Schwab & Ashoka fellow.

In 2014, the Finance Minister, Arun Jaitley awarded Hanumappa as the social entrepreneur of India. He is the founder and CEO of Karuna Trust that is associated with healthcare services. This award is under the reputable Schwab of Social Entrepreneur.

Gupta was born in a middle-class Uttar Pradesh family and pursued media as a profession. While he was an in-turn, he realized the need for proper clothing for the Indian poor. Thereafter, Anshu founded Goonj which is a social enterprise that collects used clothes from the urban population, sorts them, fixes them, and then distributes them among the needy and poor people in the region. Goonj did the relief work during the season of natural calamities in Kerala, Tamil Nadu, and Gujarat. The work that this organization did has been acknowledged widely in India and beyond.

Santosh’s work was to create career opportunities for unemployed youths in the rural areas of India. He established the ‘Pipal Tree’ company whose goal is to impart formal training to youth and give them reputable jobs in Indian companies. Pipal Tree has been in operation since 2007 and has trained over 1500 workers and would like to open training centers Pan India in the future. These qualifications make him a perfect example of social entrepreneurship in India.

This personality is the founder and CEO of Ashoka Changemakers. This is an open-minded platform for social innovators that is one-of-its-kind in the whole world. His goal is reviving talent and craftsmanship that is not harnessed in rural India so that he can give them the recognition that they deserve. She begun with ‘Rangasutra that is a retail chain from the FabIndia and it came out as a very big success. He has one of the best social entrepreneurship ideas in India.

From her youth, Hazari is a multitasker, a businesswoman, and a social entrepreneur. President Bill Clinton honored her with $1,000,000 for her efforts in solving the global water crisis in terms of m.Paani. It means that here contribution to social entrepreneurship in India has gone abroad.

The mission of Ajaita Shah is to empower rural India. She begun at the gross level and her goal is providing the best technological solutions to India’s remote villages at the cheapest rates. She is the CEO and Founder of Frontier Markets which supply products that are powered by solar energy to the rural areas of India at very affordable rates. The brand has sold more than 10,000 solar solutions by now and nothing will stop them until they light all the remote corners of our country.

Trilochan has proved that there are no impossibilities in the world as long as you have the fervour and zeal to pursue your goals. He is a remarkable professor in IIM Bangalore and did not like the state of the political affairs in the country. It begun as a PIL against politicians but later led to the foundation of ADR (Association for Democratic Reforms). The organization scrutinizes the procedures of the election in India. Therefore, his contribution to social entrepreneurship in India is unique.  Trilochan is also the head of NGO’s that aim to uplift farmers.

As you can see, social entrepreneurship in India has a critical role to play. We have only looked at ten examples of such personalities in the county. However, there are so many other people and you can also become one of them. The most important thing is to be determined to course change in your society.

Read Also → Top 10 Most Famous Entrepreneurs in the World 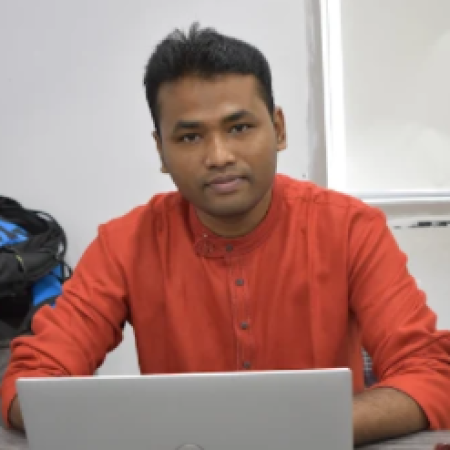 Mashum Mollah is a tech entrepreneur by profession and passionate blogger by heart. He is on a mission to help small businesses grow online. He shares his journey, insights, and experiences in this blog. If you are an entrepreneur, digital marketing professional, or simply an info-holic, then this blog is for you.

Do you want more traffic?